American Midstream Announces Extension of Consent Solicitation with respect to 8.500% Senior Notes due 2021 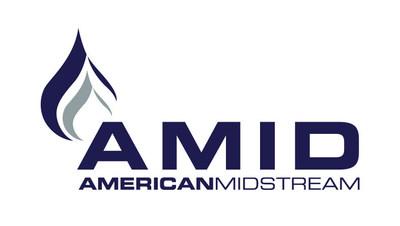 As previously announced, the Issuers are soliciting consents from holders of their $425,000,000 aggregate principal amount of outstanding 8.500% Senior Notes due 2021 Notes (the "Notes") to amend (the "Proposed Amendments") certain provisions of the indenture governing the Notes. The Proposed Amendments to the indenture will eliminate the requirement to file certain reports with the U.S. Securities and Exchange Commission (the "SEC") upon consummation of the pending merger (the "merger") with an affiliate of ArcLight Energy Partners Fund V, L.P. ("ArcLight"), remove certain other requirements that will no longer be applicable to the Partnership following the Partnership's expected conversion from a limited partnership into a member-managed limited liability company, which is expected to occur after consummation of the merger, and reduce the number of days of non-compliance by the Partnership with its obligations under the reporting covenant of the indenture that would constitute an event of default under the indenture.

The Consent Solicitation will expire at 5:00 p.m., New York City time, on the Expiration Date, unless extended or earlier terminated. Only holders of record of the Notes as of 5:00 p.m., New York City time, on May 17, 2019, are eligible to deliver consents to the Proposed Amendments in the Consent Solicitation. Substantially concurrently with the consummation of the merger, the Issuers will pay an aggregate consent payment of $2,125,000 for the benefit of holders of the Notes, on a pro rata basis, who delivered valid and unrevoked consents to the Proposed Amendments on or prior to the Expiration Date.

American Midstream Partners, LP is a limited partnership formed to provide critical midstream infrastructure that links producers of natural gas, crude oil, NGLs, condensate and specialty chemicals to end-use markets. American Midstream's assets are strategically located in some of the most prolific offshore and onshore basins in the Permian, Eagle Ford, East Texas, Bakken and Gulf Coast. American Midstream owns or has an ownership interest in approximately 5,100 miles of interstate and intrastate pipelines, as well as ownership in gas processing plants, fractionation facilities, an offshore semisubmersible floating production system with nameplate processing capacity of 90 MBbl/d of crude oil and 220 MMcf/d of natural gas and terminal sites with approximately 3.0 MMBbls of storage capacity.

For more information about American Midstream Partners, LP, visit: www.americanmidstream.com. The content of the website is not part of this release.