VANCOUVER, Sept. 23, 2019 /PRNewswire/ - Fortem Resources Inc. (TSXV: FTM; OTCQB: FTMR) (the "Company" or "Fortem") is pleased to announce the signing of a non-binding term sheet (the "Term Sheet") with an arm's length party (the "Farmee"), pursuant to which the Company has agreed to farm-out a portion of its working interest in the Mancos formation located in Grand County, Utah (the "Property"), held through its wholly-owned subsidiary Rolling Rock Resources, LLC ("Rolling Rock") and to establish a joint venture therewith (the "Joint Venture"), subject to the entry of a definitive transaction agreement (the "Definitive Agreement"). 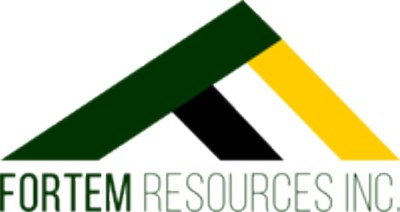 Pursuant to the terms of the Term Sheet, the Farmee will commit up to US$15,000,000 (the "Commitment Amount") in up to ten tranches (each, a "Tranche") in exchange for a 100% operating interest in certain wells located on the Property (the "Operating Interest"). Upon full payout of the Commitment Amount, the Company will be entitled to a 20% interest in the income generated from the Farmee's activities, which interest shall be increased to 25% following a 2.0x return of capital of the Farmee's investment (the "Carry Structure"). The Operating Interest in the agreed upon wells will be conveyed to the Farmee upon the execution of the Definitive Agreement for the Obligation Tranche and upon affirmative election by the Farmee to proceed with any Subsequent Tranche (as defined below).

Upon the execution of the Definitive Agreement for the Obligation Tranche and upon affirmative election by the Farmee to proceed with any Subsequent Tranche, the Joint Venture will be formed and governed in accordance with the terms of a joint venture agreement, the form of which will be settled and attached to the Definitive Agreement.

A subsidiary of the Farmee, in collaboration with the Company and Rolling Rock, is anticipated to be the operator upon formation of the Joint Venture in regards to the participating wells. All costs related to the wellbores subsequent to re-entry, including plugging and abandonment costs, will be borne in proportion to the Carry Structure at the time of commencement of wellbore operations. No additional midstream fees are to be charged by the Company, Rolling Rock, any related party or affiliate thereof to the Farmee that are in excess of, or including a margin on top of the necessary operating expenses incurred to gather, compress, process, dehydrate, treat, and/or transport gas to sale. The Joint Venture and all gas produced as a direct result of the Farmee, the Company and Rolling Rock's activities will have primary service that takes precedent over any third party gas produce from the subject wells.

Fortem Resources Inc. is a Nevada oil and gas corporation, which holds properties in Alberta and Utah. The Company is engaged in the exploration, development and production of crude oil and natural gas in the Western Canadian Sedimentary Basin and Utah in the United States. The Company is seeking North American and International expansion through an acquisition strategy.

On behalf of the Board of Directors,

This news release includes certain "forward-looking statements" under applicable Canadian securities legislation.  Forward-looking statements include, but are not limited to, statements with respect to the signing, closing and post-closing matters related to the Definitive Agreement. Forward-looking statements are necessarily based upon a number of estimates and assumptions that, while considered reasonable, are subject to known and unknown risks, uncertainties, and other factors which may cause the actual results and future events to differ materially from those expressed or implied by such forward-looking statements. Such factors include, but are not limited to: (i) the current cease trade order issued by the Alberta Securities Commission against the Company on July 16, 2019; (ii) the Company's inability to sign the Definitive Agreement; and (iii) general market conditions. Although the Company believes that the expectations and assumptions on which such forward looking information is based are reasonable, undue reliance should not be placed on the forward looking information because the Company can give no assurance that they will prove to be correct. Forward looking statements contained in this press release are made as of the date of this press release. The Company disclaims any intent or obligation to update publically any forward looking information, whether as a result of new information, future events or results or otherwise, other than as required by applicable securities laws. Readers should consult all of the information set forth herein and should also refer to the risk factors disclosure outlined in the reports and other documents the Company files with the SEC, available at www.sec.gov, and on the SEDAR, available at www.sedar.com.