The Failure of Non-Traditional Bonds in 2014

Old school high-quality bonds were supposed to be the dogs of 2014. The popular meme among the bond cognoscenti heading into this year was that given the end of the 30+ year cyclical bull market for bonds, you had to get creative and venture far beyond the traditional bond fodder -- Treasuries, government backed bonds, high quality corporates -- to position yourself for the new world order. The explicit message: how or why would you be content sticking with a traditional bond fund or ETF tracking the Barclays U.S. Aggregate index with its piddly 2% yield?

And let’s remember that it was also just a year ago that municipal bonds were still nursing wounds from a year full of headline -- if not fundamental -- risk. 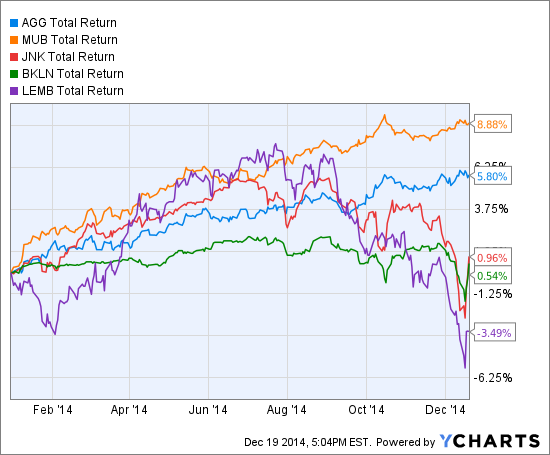 Now to be clear, both the junk and senior loan ETFs bested the higher quality fare over the past five years: 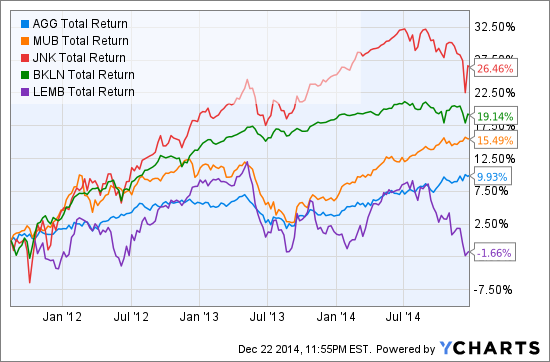 But the rabid bashing of traditional bonds seems to blithely overlook the fact that whenever there is turmoil and flight to quality, the stodgy old stuff does its job of providing downside ballast. If you or your clients are immune to volatility, maybe you can afford to shift out of the quality fare. But if that’s the case, why not just invest more in stocks, rather than high yield bonds, which are in fact more correlated to economic factors than interest rates. Just look at what happened during the heart of the 2008 sell off: 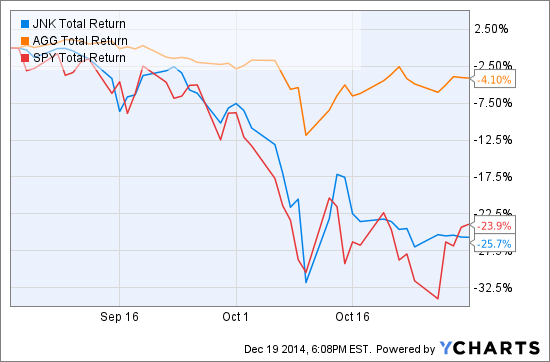 Moreover, today’s low yield payout for junk funds can’t offset even a mild bout of price volatility, such as we’ve recently had: 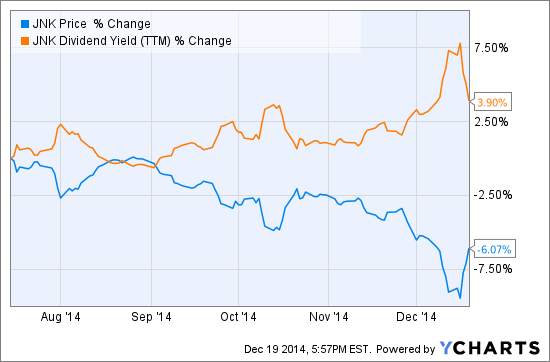 That’s not to suggest the rally in quality bonds this year is repeatable. From today’s starting point of a sub 2% yield, high grade bonds will be hard pressed to produce total returns averaging 2% or so in the coming years, and that presumes there is no massive spike in rates. But what you can count on is that there will not be massive losses when the market corrects. (Take a look at that 2008 chart above again.)

Much has been made of the recent flows out of junk funds; through November Morningstar reports net outflow of $6.45 billion from high yield funds and ETFs. But that still leaves nearly $320 billion riding on these non-traditional bonds funds. And there’s billions more of exposure if you’re also investing in any of the non-traditional go-anywhere bond funds.