While buybacks have become so ubiquitous as to be called out as a major investment theme for 2014 it seems a bit myopic to focus on just one metric. Especially one that stops and starts depending on management’s mood.

Shareholder yield broadens the focus to include the two other ways free cash flow allocation can benefit shareholders: dividends and debt reduction. Sure, debt reduction is also a fungible decision that can wax and wane. Dividends are the most “permanent” of the three as changing one’s dividend policy is not looked upon kindly by investors. By mixing the three together you get a more complete picture of how capital allocation is directed back at shareholders.

The Cambria Shareholder Yield ETF (SYLD) launched just this past spring -- too short a period to divine anything truly meaningful from performance -- but it’s interesting to note that it has pretty much kept pace with the PowerShares Buyback Achievers ETF (PKW). 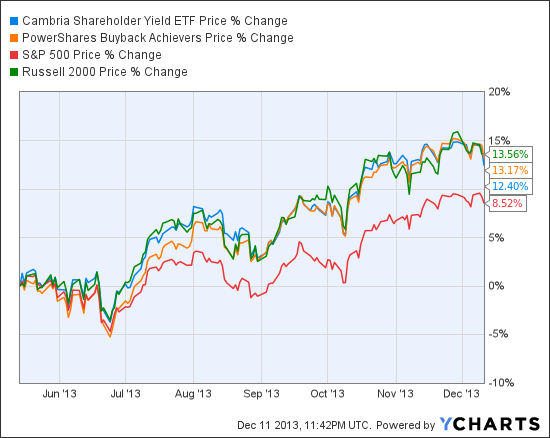 Both portfolios are well ahead of the S&P 500 during the short stretch, though slightly lag the small cap Russell 2000. The Russell needs to be in the conversation as the Cambria Shareholder ETF has about one third of assets in companies with market caps below $5 billion, while also holding big boys including Apple (APPL), Walmart (WMT), and Home Depot (HD).

Even though small cap valuations are troublesome Cambria is very much a value shop; in addition to its shareholder yield screens, the screening process looks at metrics including price-to-cash flow and enterprise value/EBITDA in search of companies selling below what the managers deem to be intrinsic value. According to Morningstar, Cambria Shareholder Yield ETF has a forward PE ratio of 14.5. That’s below the 14.9 estimate for the S&P 500 and the 19.3 forward PE ratio for the Russell 2000. 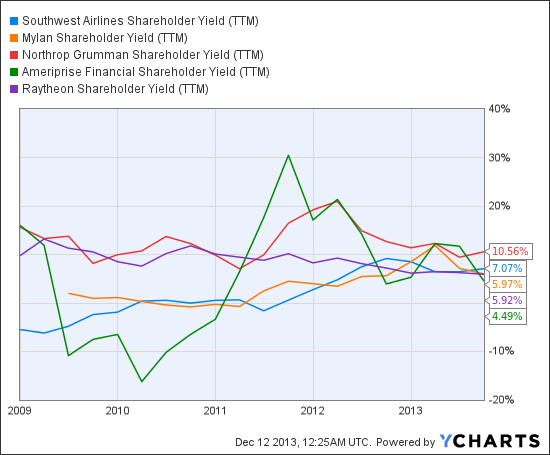 While the ETF is too young to have a trailing 12-month dividend yield, just two of the top 5 holdings currently yield more than the 2% for the S&P 500. 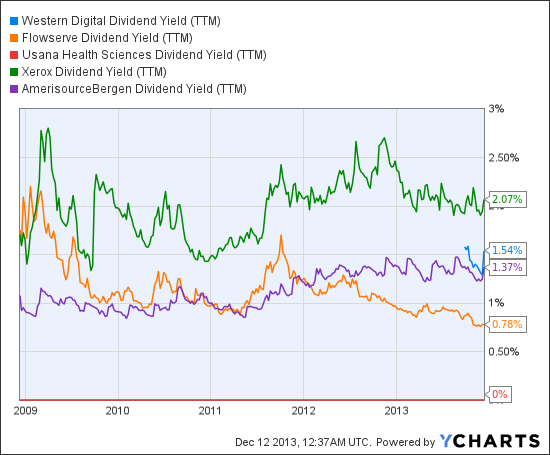 About half the holdings yield less than the 2% payout for the S&P 500. While the income seekers may be disappointed, this fund’s approach seems both sane and appealing right about now: undervalued stocks generating free cash flow run by managements with a penchant for allocating a chunk of that cash back to shareholders in one form or another.