Once again, drugmakers are at war with the German authorities over pricing. In the latest row, AstraZeneca (AZN) and Bristol-Myers Squibb (BMY) have yanked their Forxiga diabetes treatment, which was approved in Europe a year ago, over disagreements about the price of the drug, but will reconsider their decision after arbitration has concluded, according to a statement.

Specifically, the move comes after the drug makers were unable to reach an agreement with the National Association of Statutory Health Insurance Funds after the German Federal Joint Committee issued a so-called ‘no additional benefit’ rating for the treatment, which is a SGLT-2 inhibitor. Coincidentally, an FDA panel late last week recommended marketing approval. 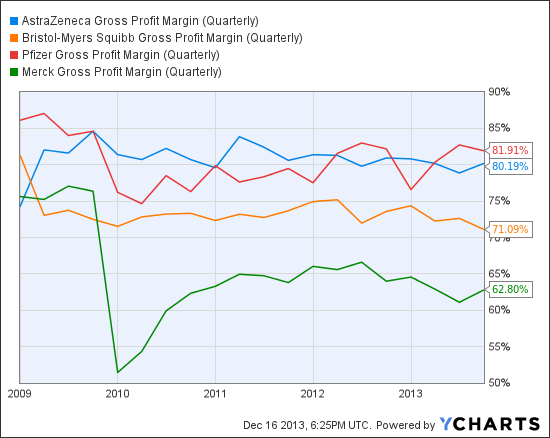 (YCharts note: With prices relatively high in the U.S. market, in part thanks to a friendly customer known as Uncle Sam, pharma -- Pfizer, (PFE) Merck (MRK) and others alongside AstraZeneca and Bristol-Myers -- enjoys some of the highest gross profit margins in the corporate world.)

The decision reflects ongoing tension among cash-strapped European governments and the pharmaceutical industry over pricing for medicines. The issue has been a fixture of relations in the UK, where drugmakers regularly complain that regulators are too stringent in deciding reimbursement qualifications amid chatter that drug development in the country may eventually be affected (see earlier Pharma news).

To read the remainder of this article, go to Pharmalot.

Ed Silverman, a contributing editor of YCharts, is the founder and editor of Pharmalot. He previously reported on the pharmaceutical industry and other business topics for the Star-Ledger of New Jersey, New York Newsday and Investor’s Business Daily. He can be reached at editor@ycharts.com. Read the RIABiz profile of YCharts. You can also request a demonstration of YCharts Platinum.