Pharmaceutical patent expirations, after a relative lull this year, will shoot up to a record level in 2015 – drugs representing $65 billion in sales lose patent exclusivity that year – but the impact on drug maker sales is expected to be muted, with just one quarter of that amount, or about $16 billion, lost.

One big reason is that drugs losing patent protection are increasingly biologics, and for generic drug makers replicating those is far more complex and expensive, and the discounts generic makers can offer are less dramatic that those on chemical compounds. In years 2011-2013, drugs with annual sales of $117 billion lost patent protection, and generic competition meant a loss of roughly three quarters of those sales, or $86 billion, according to a report by CreditSights.

The former No. 1 drug, Pfizer’s (PFE) cholesterol fighter Lipitor, which peaked at sales of more than $9 billion, was among the drugs losing patent protection during that period. Pfizer put up a fierce fight for Lipitor sales, but still saw the drug fade quickly: 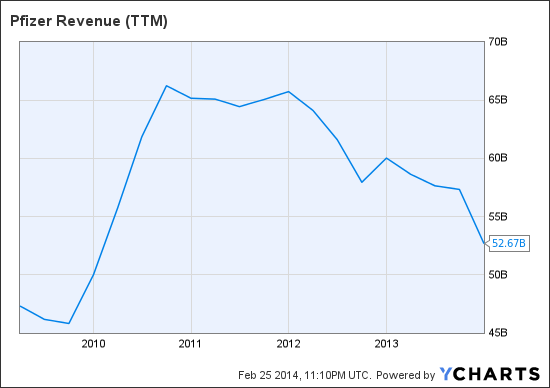 In contrast to Lipitor, today’s No. 1 drug, AbbVie’s (ABBV) rheumatoid arthritis drug Humira, with 2013 sales of $10.7 billion, is a biologic. Its patent expires in 2016, but it’s less clear that it will face a generic selling for a fraction of its price. Humira accounts for more than half of AbbVie sales. 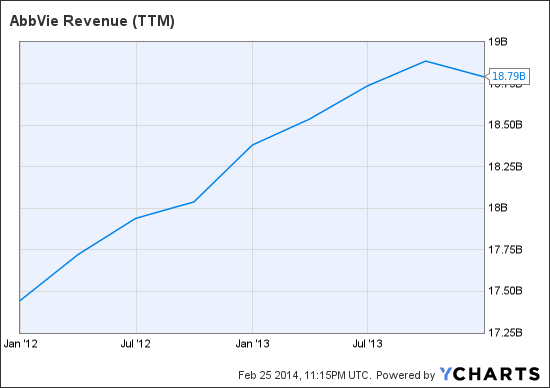 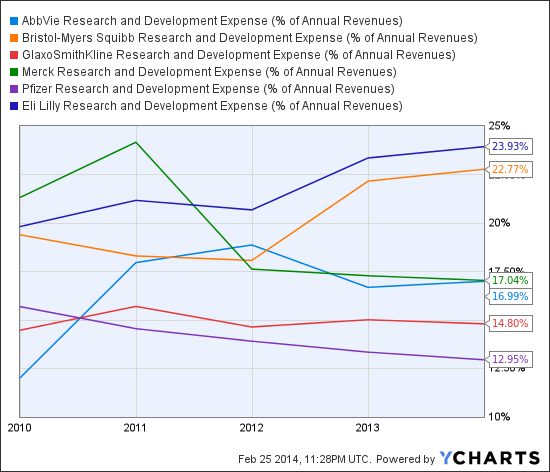 Projections beyond 2015 for patent expirations and related sales losses: 2016-2018 patents expiring covering drugs with combined sales of about $99 billion; and sales loss of roughly half of that, or $51 billion. 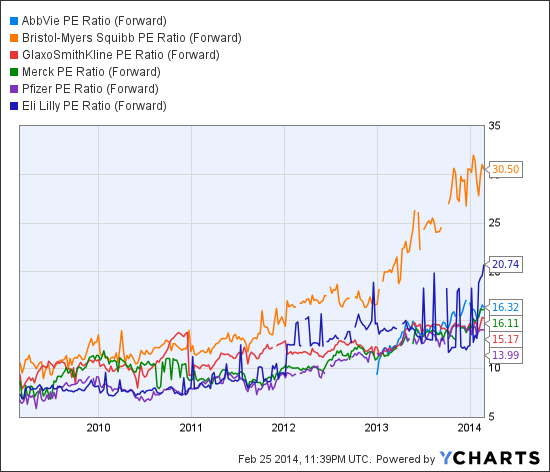 The improving patent situation has contributed to rising valuations of drug stocks, including as measured by forward PE ratio. You can drill down using financial advisor tools.

Jeff Bailey, The Editor of YCharts, is a former reporter, editor and columnist at the Wall Street Journal and New York Times. He can be reached at editor@ycharts.com. Read the RIABiz profile of YCharts. You can also request a demonstration of YCharts Platinum.